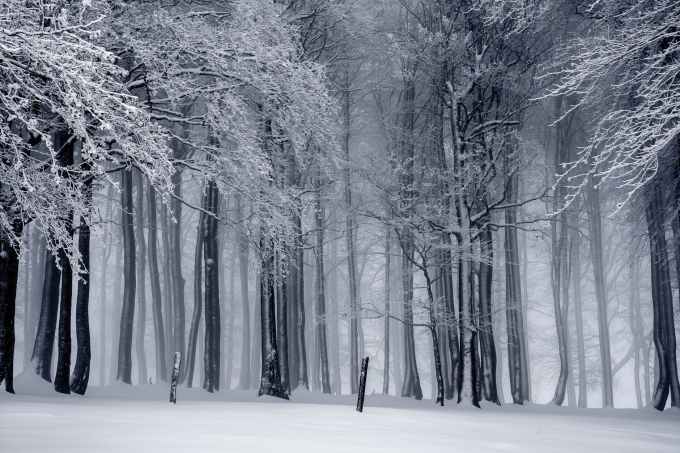 Each their own story.

Time after time. That is how life goes on. Clicks, ticks, tocks. I’ve always been a little out of sync with time. Time is life – both are fragile. It’s important to live, truly live. Grow the tree from the nourished ground.  Drink in knowledge, get scared, scared, get sacred. Take chances, have no regrets. Change, grow strong, be your own strength. Live for you. Look at nature, daily changes over billions of years or simple seasons. Time after time. You are the leader of your life. Have doubts, questions? Well, welcome to the club. Don’t freeze. The answer is always that small still voice within. Listen, you will hear it. When you do, follow.

Antiphospholipid syndrome is an immune disorder in which abnormal antibodies are linked to abnormal blood clots in veins and arteries. It mostly affects the legs, but clots may also form in the kidneys, lungs and other organs.

Complications in pregnancy include recurring miscarriages and preterm births.

The abnormal antibodies attack fats that contain phosphorous, known as phospholipids. Heart valve abnormalities are common in people with APS, and up to one in three cases of stroke under the age of 50 years may be due to it.

In the legs, APS can lead to deep vein thrombosis (DVT). If a clot develops in the brain, there is a serious risk of stroke.

There is no cure for APS, but, current treatments can significantly reduce the risk of developing blood clots.

It affects women three to five more often than men.

Contents of this article:

What is antiphospholipid syndrome?

APS is an autoimmune condition in which the person’s immune system produces antibodies called antiphospholipid antibodies.

These are abnormal antibodies that attack proteins and fats in the blood, and specifically phospholipids.

The fats and proteins that are attacked are thought to be important in maintaining blood consistency.

There are two main types of APS:

ADVERTISEMENT
AS Signs And Symptoms – Signs, Symptoms & Causes
Get Information About Ankylosing Spondylitis Symptoms And What You Can Do Today.
http://www.Ankylosing-Spondylitis-Info.com

According to the APS Foundation of America, between 1 and 5 percent percent of people in the United States are thought to have APS. It is responsible for 15 to 20 percent of all cases of DVT and pulmonary embolism, or blood clots on the lung.

Symptoms tend to appear between the ages of 20 and 50 years, but sometimes they develop during childhood.

Most people with APS who receive treatment can lead normal, healthy lives, but, rarely, a person with the syndrome will continue to develop clots.

Signs and symptoms of antiphospholipid syndrome depend mainly on where the clots travel to, and where they form.

A clot or embolus, which is a traveling clot, can result in:

Other signs and symptoms that are less common include:

Around 30 percent of people with APS have heart valve abnormalities. In many cases, the mitral valve thickens, or develops extra mass, causing blood to leak back into one of the heart’s chambers. Some patients may have problems with the aortic valve.

Levels of platelets can drop. Platelets are the blood cells that are needed for normal clotting. This can lead to episodes of bleeding, for examples nosebleeds, or bleeding gums. Some people may experience bleeding into the skin, causing small red spots to appear.

In very rare cases, a person may develop:

Genetics factors appear to affect the likelihood of having APS. If a family member has the syndrome, the individual will have a higher risk of developing it themselves.

Other risk factors include:

Some people have the antibodies but do not develop signs or symptoms. However, certain triggers can cause the condition to develop in these people.

Young and middle-aged women are more likely to develop APS, but it can affect either gender and at any age.

Blood clotting prevents people from bleeding too much after, for example, an injury. Phospholipids are cell membrane substances that play a role in the blood-clotting process.

A blood clot can be life-threatening.

The immune system produces antibodies that destroy germs and toxins in the body. An autoimmune disorder causes the antibodies to attack good cells by mistakes.

A person with APS will produce abnormal antiphospholipid antibodies that mistakenly attack phospholipids.

This can increase the risk of developing blood clots.

Why autoimmune disorders happen is unclear, and it is also unclear why some people with abnormal antibodies never develop symptoms.

A combination of genetic and environmental factors appears to be involved.

A doctor will test for antiphospholipid syndrome if the patient has at least one episode of thrombosis or a pregnancy loss.

A blood test will show whether a person has abnormal antibodies.

Sometimes harmless antiphospholipid antibodies may develop for limited periods, because of an infection or some medication, so a second test will be needed to confirm the result.

If blood tests reveal abnormal antibodies, the doctor will assess the patient’s medical history to determine whether previous symptoms may have been caused by antiphospholipid syndrome.

A doctor will usually prescribe medication to thin the blood, to reduce the chance of clotting. The patient will normally need this medication for the rest of their life.

Possible combinations include aspirin with warfarin, or Coumadin, or possibly heparin. If warfarin does not work, the dose may be increased or heparin may be added.

The clotting action of anticoagulants can sometimes lead to a hemorrhage, or excessive bleeding.

Patients should seek medical help at once if they experience:

Patients who experience thrombosis will normally need to take heparin and warfarin. When the thrombosis clears, they will continue with warfarin.

A woman with a diagnosis with APS should plan for pregnancy from before conception. Treatment will start at the beginning of pregnancy and finish after delivery.

It is important to monitor the blood, especially during pregnancy.

In an unplanned pregnancy, the effectiveness of treatment may be reduced as it will not begin until several weeks after conception.

Treatment will normally be aspirin, heparin, or both, depending on previous clots of pregnancy complications. Warfarin can cause birth defects, and it is not used during pregnancy.

If the patient does not respond to this treatment, intravenous immunoglobulin infusions and corticosteroids, such as prednisone, may be prescribed.

Regular blood tests will need to continue to ensure the blood can still clot enough to stop bleeding if the patient bruises or cuts herself.

Catastrophic antiphospholipid syndrome (CAPS) is a type of “thrombotic storm,” in which multiple clots suddenly form. It affects a small minority of patients with APS, progressively damaging several organs.

Blood clots abruptly develop all over the body, resulting in multiple organ failure. Why it happens is unclear.

Symptoms vary, depending on which organs are affected, but they include:

Symptoms tend to appear suddenly and get worse rapidly.

CAPS is a medical emergency and the patient will need intensive care as soon as possible, so that the body’s functions can be maintained while high-dose anticoagulants are administered.

Research suggests that around 46 percent of patients with catastrophic antiphospholipid syndrome do not survive the initial event, and there is a risk of a repeat event at some time, even with medical care.

A patient with APS needs to take all possible measures to lower the risk of developing blood clots.

It is important to follow a healthy diet with plenty of fruit and vegetables and low fat and sugar. The APS Foundation of American advises people with APS to:

People who use warfarin need to maintain a stable intake of vitamin K. Patients should not make any dietary changes or use any supplements of new medications without first consulting their physician.